Murphy Bros. Designers & Remodelers has been named a 2013 Contractor of the Year by the Minnesota Chapter of the National Association of the Remodeling Industry (NARI).  The firm took top honors in the Kitchens over $120,000 category for a remodeling project it completed this year at the Eden Prairie home of John Dockter and Cindy Vavra. 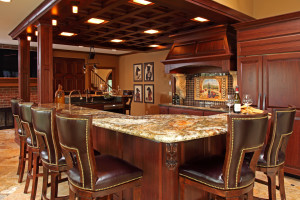 Company President John Murphy, Design Consultant Cherie Poissant and Production Coordinator Aaron Lenz accepted the award on Nov. 15 at the packed 17thAnnual Awards Dinner held at the McNamara Alumni Center on the University of Minnesota campus. Five panels of judges from the neighboring Wisconsin NARI chapter evaluated a total of 82 entries in 22 categories for the Minnesota competition.  Each project was scored on six criteria:

Murphy Bros. transformed the dark, dated Eden Prairie kitchen by removing two walls and annexing a porch. This enlarged the space for entertaining, poured in natural light and revealed the beautiful backyard view.  A multi-height, wrap around counter features two seating areas for family dinners and parties, while a stunning coffered ceiling, custom tile and cabinetry and premium appliances define the workspace. 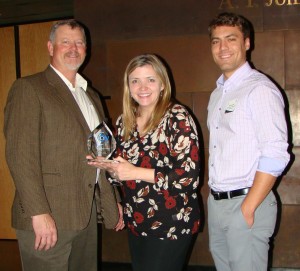 "John and Cindy were terrific clients who inspired us to do some of our best work," Murphy said. He also credited Design Consultant Cherie Poissant, Lead Carpenter Shawn Ilstrup, Vetter's Electric, Rial Bros. Tile and Samuelson Cabinetry for their outstanding contributions to the project.

Wine gets better with age, but kitchens don’t. Such was the case with this Delano residence and the retired homeowners who…